It’s an “As You Like To Hear Them” interview with Donald Trump. Dr. Ed Elcott is bathing and discussing glitter beards, something ELCOTT-The Next Step novitiates have been wearing for years. Chef Carl Chodillia has set up his annual Thanksgiving dinner display… He eats a multi-course meal while people walk by and watch. Originally aired November 25, 2015.

The BSP Classic Show is from November, 2002. Ted Bell of Ted’s of Beverly Hills thinks there should be a special express security line at airports for the more important folks like him.
Steve Bosell believes all of his friends think eating the turkey neck is a gay giveaway because it looks like “a guys you know what. 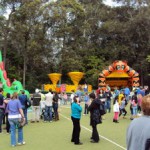 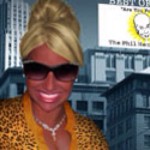