Phil talks baseball and brings on Frank Grey, Margaret’s husband, to remember early 20th century ball clubs. Then Ted Bell, with season tickets behind home plate for the World Series, complains that Bill Bithicott’s big-eared kids will be seen in his season seats next to him.

The BSP Classic Show is from July 2004. Phil discusses the lunacy surrounding Janet Jackson’s “wardrobe malfunction.” Ted Bell asks less-wealthy members of a high school reunion to leave so their more affluent classmates can have the run of the place. Paul McNamara says his renters better do chores to show their gratitude. 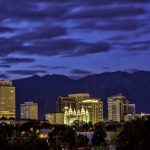