Ted Bell was the guest host. He commented on Phil’s pre-show melt-down that carried over to the regular show. Ted took over after the first break. Ted talked with Frank Grey about his favorite food at Ted’s (Shrimp Louie, Caeser Salad and Steak Diane…all entree’s with ‘people’ names…)

Later Ted talked with callers about the injury to college basketball player Kevin Ware, a gruesome compound fracture shown graphically on TV. “If I’ve got heavy cabbage riding on that game, you bet I want to see the injury. I want to see the world…all 69 states.” Ted also discussed how he learned honesty from his father who got beat up one night by a guy who’s wife Ted Sr. had made an impolite, but frank, remark to. He told her she had a great ass and was beat badly before buying the husband and the other two guys that had helped him drinks. Ted Jr. told a woman one night “I want to put my meat in your mouth,” in the sense of wanting her to eat a Ted’s of Beverly Hills steak but was knocked out cold anyway by her husband. “I was proud when I woke up though Phil. I saw people stepping over me going about the business of the restaurant. They didn’t miss an order!” 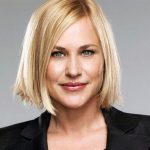