Herb Sewell agrees to go on a public television puppet show but gets offended by the wise ass, human-like puppets. Roy Bisky, a former member of the Hershey Squirts hockey team, believes the movie “Slap Shot” was lifted from his life! Professor Emory Clayton talks about Willie O’Ree.

The BSP Classic Hour is from October 2005. Harvey Wireman believes the Dove billboards are dangerous to drivers “because they feature fat women.” 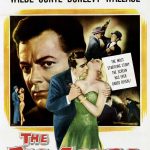 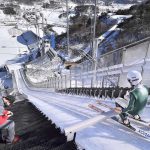