As discussed during the Friday night chat, Phil has a big audition at CBS, so we’ve got a repeat from March 7th, 2015 for today’s podcast. Dr. Arthur Barn soon finds the audience turning on him as he pats himself on the ass for figuring out there’s no such thing as vampires. And on the pre-show we’ve got another of the newly found lost archive tapes! It’s “We don’t sell cars to fat chicks” from May 1999.

Episode 587 from The World of Phil Hendrie podcast. 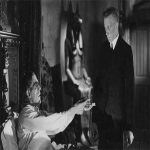