The panel interviews security consultant Jay Santos for information on why a Time magazine photographer got beat on at the Trump rally in Alabama. Jay was there and can be heard on one tape exhorting the Secret Service agent with “yea, yea, YEEAAA!” Trump supporter Mark Henshaw believes the discovery of a mummified man aboard a drifting sailboat off the Philippines can somehow turn the news cycle away from coverage of Trump. August Selson’s Sexual Exploration Exclamation is featured in the second half today, featuring August, a cave gnome named Mr. Fur, a centaur named Darrian, and of course Lady Beth.

Unfortunately, due to the strange nature of today’s show, there is no pre-show.

Episode 588 from The World of Phil Hendrie podcast. 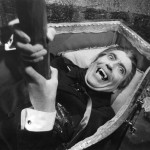 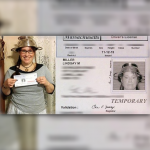