Back from the holiday break, Phil talks bizarre football plays with Vernon Dozier including one involving Vernon as a Canadian Football League player. Don Berman from Channel 19 news previews his new book “When Will The Ball Breaking End: Female Reporters and Where to Draw the Line”, and Doug Dannger, gay man and gay journalist, discusses Mariah Carey’s rotten performance from Times Square last night.

The BSP Classic Show is from New Years Eve, 2004. Eric Hester is in production of a new reality television show called Surprise! In his show, the host will approach children and tell them that their parents have been killed. After they capture the reaction of the children, the fear and sadness, the parents will reappear and yell “Surprise.” Also, Dr. Jim Sadler and a book on 911 anecdotes. book he wrote, which is a collection of stories and anecdotes displaying how people have changed as the result of 9/11. Margaret Gray discusses “Project Aware,” a group she is involved in dedicated to adjusting the English language to become more gender neutral. 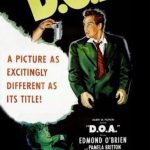 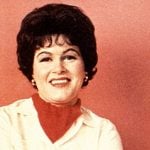