Ted Bell is reworking the Ted’s of Beverly Hills slogan yet again, from “we want to put our meat in your mouth” to “I’ve got to get my meat into your mouth… NOW!” Steve Bosell claims he played brilliantly at a local golf tournament and that he didn’t lose all those balls. They were hit by other players. Bobbie Dooley calls bologna sandwiches “balonies.”

From January 2002, the BSP Classic Hour, after an 8 minute opener, has Don Fordham (Parsley) feeling sexually humiliated by Groundhog Day and can’t say Gobblers Knob or Jackson Hole. He is with an organization called ‘Surviving Prostitution’. He hasn’t sworn off prostitutes because that’s Step 12 and he’s on Step 6. 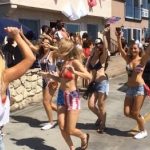 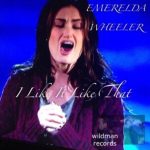