The BSP Classic Hour is from April 2005. Herb Sewell gives everyone the willies by saying he’s moved into a neighborhood to ‘complete vital research” on a book he is writing and he hasn’t registered as a sex offender because he doesn’t want “over-eager house fraus coming down to my house and throwing rocks through the windows…” 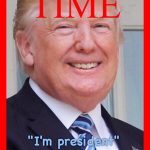