One year ago, guess what we were talking about? You got it. Kim Jong Un. Ted Bell laments that he and other restaurateurs contributed to the epidemic of “waddle-fat” that guys like Un represent. Justin McElroy talks about a photoshop site called “Ogre Teen.” And the panel talk to show contributor Mark Henshaw after it’s revealed that he’s been caught on videotape having sex with PR guy Jake Bonron’s wife.

The BSP Classic Show is from October 16, 2003. Pastor Rennick is working to eradicate celibacy among youths. He says Pope John Paul doesn’t look too good, and celibacy is the work of the devil. Also Steve Bosell is suing over a basketball gambling loss because he’ll have to dress up as Kobe Bryant’s victim. 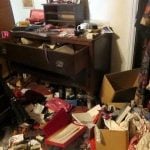 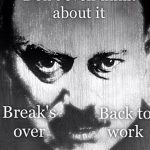