Don Micksa is another guy taking a bath and beyond being interviewed by Phil. Don talks about the downfall of Andrew Napolitano. Rudy Canosa spending so much time at Ted’s of Beverly Hills has caused his lingerie store in Sherman Oaks to go straight to hell. Bobbie Dooley deals with the suspension of Tomi Lahren and what that means to SlapFight I.

The BSP Classic Hour is from May 2002. RC Collins says that we should surrender with dignity and honor to Al Qaeda as a “tactical withdrawal” to survive. He says American men should “be prepared to give oral sex to their new Al Qaeda overlords.” 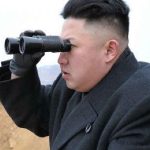