It’s an encore show from August 2017 which happened to be an encore of the Elcott: The Next Step show. In it, Dr Elcott deals with an “arbuckle,” a mischievous entity, who’s disguised as a guy doing studio maintenance.

The BSP Classic Show is from June 2001. Bobbie Dooley was going into people’s homes for security checks at night to prevent child abductions. Dean Wheeler on Terry Barton who started a wildfire. 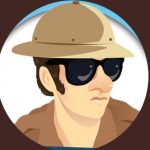 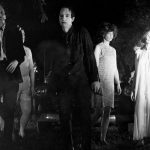