Don Micksa, engineer, news correspondent, writer, chronically unemployed tells Phil & the panel he’s dating a student who’s a pagan. So he fills them in on Yule. Father James McQuarters and Father Staley have been transferred to Santa Barbara. They say belief in any god is better than none at all. Father Staley drunkenly sings Christmas/Yule songs.

The BSP Classic Show is from April 2004. Bobbie Dooley says she’s entitled to drive a gas guzzler because soldiers in Iraq are dying so people like her can live high on the hog. 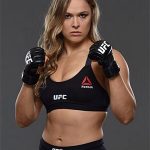