This BSP Classic Show from September 2004 is so good we offer it in its entirety.

Jay Santos of Citizens Auxiliary Police says sex offenders are not such bad people once you get to know them. Carpenter Chester Shunt demonstrates home hurricane fortification. Bobbie Dooley believes hurricanes are, “God’s way of flushing the toilet.”’Jim Randelphi, of the California Chamber of Commerce, claims a law that officially bans sex with corpses will kill the state’s tourism.
Jeff Dowder reminds us not to go outside wearing a tin foil hat shaped like an antenna during a lightening storm. On “Sew Me Up So Tight I’m Talking Through a Hole in My Face,” Sheila Skelly and Dr. Jack Briscoe invite Joan Rivers into the studio to discuss her many procedures. Greg Groom, gardener, offers tips for appreciating nature’s wondrous aromas. Pull your nostrils as far apart as possible, to get as much scent as you can. Just make sure your hands are clean. 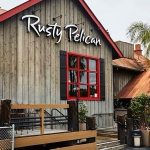 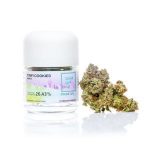