Phil is with filming with Drunk History today so we have a show from February, 2016. The Giant Siberian Unicorn, an actual species scientists believe coexisted with man, is of concern to Jay Santos and the Citizens Auxiliary Police. Jay thinks people will be blissed-out thinking about the unicorn and not focus on driving. Also Chris Norton reveals how much he charges for a picture of his penis. And Karen Deauville talks about bleaching…

The BSP Classic Hour, October 1999, is Vic Prell filling in for Phil and reading horrifying murder stories for Halloween, but his annoying voice makes them sound hip. David G. Hall defends Vic after Phil criticizes the way he is presenting the material. 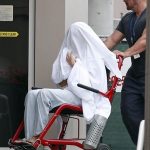