This is an encore from January 23, 2018. Not a big thing but Phil predicts the Eagles will beat the Patriots. Also. Investigative reporter/engineering professor Don Micksa comments on the “Lord of the Flies” atmosphere in the White House and Bobbie Dooley is president of the Western Estates Homeowners Association and has a marquee put up near the gated entrance that says she is.

The BSP Classic Hour is from April 2000. Advertising executive Brad Rifkin thinks Elián González is a good spokesman for the minority community… he is pushing Elián to star in Crest toothpaste commercials. 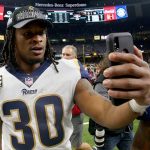