Phil welcomes everyone back from the 4th weekend. General Shaw is angry over what he calls “the drinks & phonies who claim to love the country but are blowing themselves up like amateurs and don’t know how to display the flag properly.” Dave Oliva joins the show the show but gets lost in a description of his screwy classes at LA Canyon College. Later, Bud tries to get Dr Jim Sadler on the air to discuss Jupiter probe Juno, but calls him too early and winds up insulting him when Sadler fakes computer sounds with his voice and General Shaw busts him.

Then for the BSP Classic Hour, from July 6 2001, RC Collins says that the drinking age should be lowered to 16.

Episode 678 from The World of Phil Hendrie podcast. 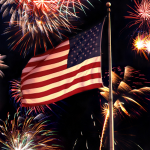 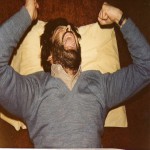