RC Collins joins the program to explain to Phil why he and other cadets roughed up a homeless man with a wooden leg who claimed to be a Vietnam veteran.

Phil welcomes longtime friend and sponsor Ted Bell to congratulate him and his wife Marcy on her pregnancy. Ted admits that because of the extra weight their sex life is suffering. He recently saw photos of Katie Holmes on the internet who is 7 1/2 months pregnant and looks tremendous, Ted doesn’t think that’s fair.

Phil plugs and talks about “Teachers”, the new RC Collins gear on the website, and plays a Bobbie Dooley Flashback. Phil reads some e-mail and Clint Howard calls in to talk to Phil about television. 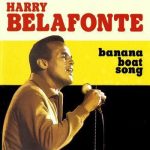