A year ago, Phil was melting down in studio as he screwed up one attempt at Chris Pootay after another. Watch the video with a BSP or listen free on our Soundcloud player!

The BSP Classic Hour features Jay Santos from November, 1999 commenting on the female rugby team that was suspended after posing for a nude team photo. Jay says a photo of ‘beastly’ girls could be a concern to public safety. 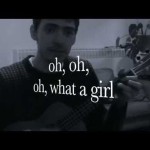 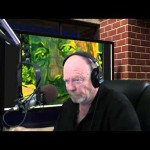