Margaret Grey sings a selection from her gig Saturday night at Alvin’s Dockside and takes no end of shit from Bud.
Also Bud bitches that he and Bosell should do football again since the General and RC are covering the debates and the Saturday Cinema.

The BSP Classic Show brings us Vernon Dozier from 2004 is mentoring a kid whose mom wants breast augmentation, so Vernon thinks he can ‘help’ her out and everyone gets what they want. 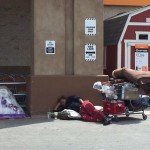 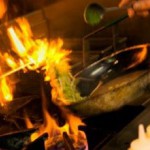