We’re traveling back a year to December 21, 2015, the days of the Phil Only shows and one “inspirational” one in particular along with the panel show. Bobbie Dooley is in Las Vegas, RC Collins joins Jeff Dowdder at a Star Wars premiere in LA where the film gets jammed and Jack Eigagder is assaulted by the Milwaukee Lions head coach at Rose’s Meat Balls.

The Classic Hour is from December, 1999. Margaret Grey directs a production of “Westside Story” Entertainment journalist Doug Dannger joins the program to talk about what’s “red hot” in the world of entertainment and technology. 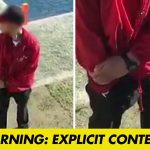