We’re featuring another of the newly found archive tapes for today’s pre-show. From May 1997, it’s “Viola Eats Cat Food.”

Then it’s the Coach Vernon Dozier show… a recap of the BelMar Academy season with phone calls from opposing coaches, school administrators, and parents, all questioning the coach’s ability, and yes, sanity. Originally aired on December 22, 2014.

Episode 544 from The World of Phil Hendrie podcast. 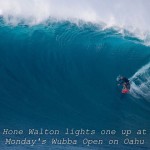