Hour 3: Marilyn Donnely, a pre-surgical transgender, is on to talk about the most healthiest and unhealthiest states. She thinks that people in the south are fat because of residual effects of the Civil War. She says there should be a junk food tax for these states, except for Texas because they threatened to succeed from the Union. Then the stories we couldn’t get to. Some commentary at the end of the hour. 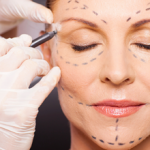