Another music special, this time with Margaret Grey singing and Frank Grey as engineer. To be kind, let’s just say Margaret gives it her all.

The BSP Classic Hour is from January 2005. Ted Bell from Ted’s of Beverly Hills Steakhouse joins the program to promote his dining etiquette classes. Phil tries to give one of these classes away on air, but Ted stops him due to his nervousness over letting Phil’s listeners into his restaurant. 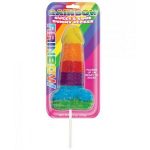 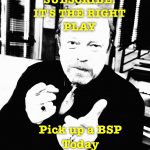