Jay Santos and the Citizens Auxiliary Police raid a tap dance class thinking they’re rehearsing “the nutcracker,” which Jay takes as a terrorist threat. Larry Grover talks about President Trump getting screwed over. And Ted Bell on security arrangements at Ted’s of Beverly Hills for the Kushners.

The BSP Classic Hour is from March 2006. Larry Grover believes it is an insult to order any man to pay child support… and he’s fighting back. 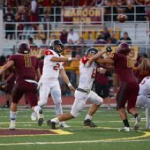 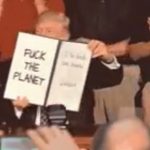