Phil and the crew remember Garry Shandling with Bobbie Dooley. Naturally it turns into a pissing match between Bobbie and Margaret. Phil fan Karen Deauville talks about her time as a flight attendant for Gunther Airlines and her side job of driving hundreds of pounds of marijuana between Florida and New York. And Dean Wheeler discusses his previous missionary work.

Then for the BSP Classic hour Bobbie Dooley tries to get Garry Shandling to do ten minutes at the Summer-Tacular from July 16, 2002.

Episode 606 from The World of Phil Hendrie podcast. 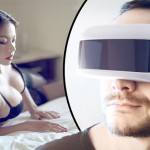