Mavis Leonard, grabbing breakfast at Carl’s Jr., tells Phil she thinks the late owner of the LA Dodgers, Walter O’Malley, had cursed the team but may now, in the hereafter, be lightening up. Jack Eigagder talks about the great Pittsburgh Penguin announcer Mike Lange and plays some of his calls. Also, a scopitone featuring a young Margaret Grey!

The BSP Classic Show from May 2004 starts out with Phil talking about the prison pictures in Iraq. Art Bell comes on and speaks to Ross, General Johnson Jameson and Igor about a new planet discovered. Margaret Gray thinks that flying the flag on Memorial Day is just going to piss off the terrorists even more. We shouldn’t wave the American flag at the Olympics because it’s like ‘tossin’ my kid into a wood chipper.’ Lloyd Bonafide has a ‘One Man Show’ called ‘A Living Casualty’ that he presents at malls for Memorial Day. Phil discusses High School Reunions. 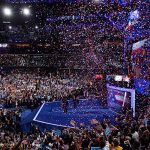 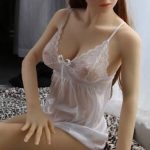