From November 2001, Pastor Rennick says reparations for American slavery have begun with the victories of blacks in the U.S. Open and the numerous black NFL quarterbacks. 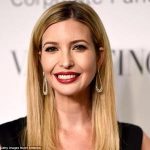