It’s Phil’s last week of work away from the Tuesday show, so we present a show from February 22, 2016. Jeb Bush dropping from the presidential race is discussed by Conservatives of Kern County Chairman Larry Grover, who’s out golfing with Frank Grey to raise money for his organization. Father James McQuarters discusses the Apple iPhone “back door” controversy and it’s also revealed that the term “door to door” is likewise a sexual inference. Pastor William Rennick believes the “British Empire” can withstand any “Brexit” from the European Union…

The BSP Classic Hour is from November 2000. Clara Bingham joins the program to comment on the rumors that George W. Bush may have paid for a girlfriends abortion back in 1970. Clara says Mr. Bush was only being passionate and giving the woman what she wanted. 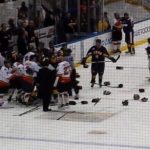 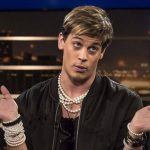