The Alt-Right Report with RC Collins focuses on his dumb takes concerning recent executive orders on immigration. Doug Dannger, the original “gay man and gay journalist,” comments on the travails of another GMGJ, Milo Yiannopoulos, and how he doesn’t have ‘eyeball-gay,’ some extra-special way of sizing things up that Doug has.

The BSP Classic Hour today is a five-star from December 1999. It’s Bobbie Dooley’s ‘Merry Gone with the Wind Kwanzaa Party.’ Bobbie plans a Christmas party which will combine the very best elements of Kwanzaa with costumes from the film ‘Gone with the Wind.’ 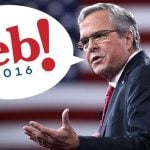