Chris Norton, wannabe adult film producer and actor, tries to talk about sexual abstinence. Forget it. Also Harvey Weirman on day one at the DNC, and Mavis Leonard, Trump supporter, tries to interpret one of his tweets.

Then for the BSP Classic Hour, from July 26 2001, Art Griego says that air rage is the flight attendants’ fault; if they’d just do their jobs better then people wouldn’t shit on drink carts.

Episode 693 from The World of Phil Hendrie podcast. 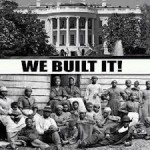